Do you what the difference is between this rifle:

I will give you a few hints to make it easier:

Both are semi-automatic and gas-operated with locking breech bolts and a self-cleaning gas cylinder.

Both will shoot as fast as you can pull the trigger, one round at a time.

Both accept removable magazines ranging from five rounds to 100 rounds.

Both have cold hammer-forged barrels for increased accuracy and longevity.

Both are configured to accept magnifying optics and have ghost-ring sights if you choose to stick with iron sights.

Both are set up to accept slings.

In other words, I have a confession to make:  there is no functional difference between the two rifles.

Yes, one is configured to be more ergonomic for the end user, what with the adjustable butt stock and the flash hider to mitigate the flash of the round being fired beneath the sights/optic.  However, the top rifle can almost entirely be transformed into the bottom rifle so long as you have a small screwdriver and the “tactical” stock (even the flash hider can be added without having to thread the barrel).

That is all you need.

Even better?  The top rifle’s barrel is about two inches longer, giving it about 50-100 feet-per-second more velocity at the muzzle.  So, arguably, it is the more-powerful of the two rifle… but it is the AWB-approved one.

When the features that were banned under the “Assault Weapon Ban” have no actual impact on the operation of the firearm, and when that ban can be circumvented by a single screwdriver, just what was its point? 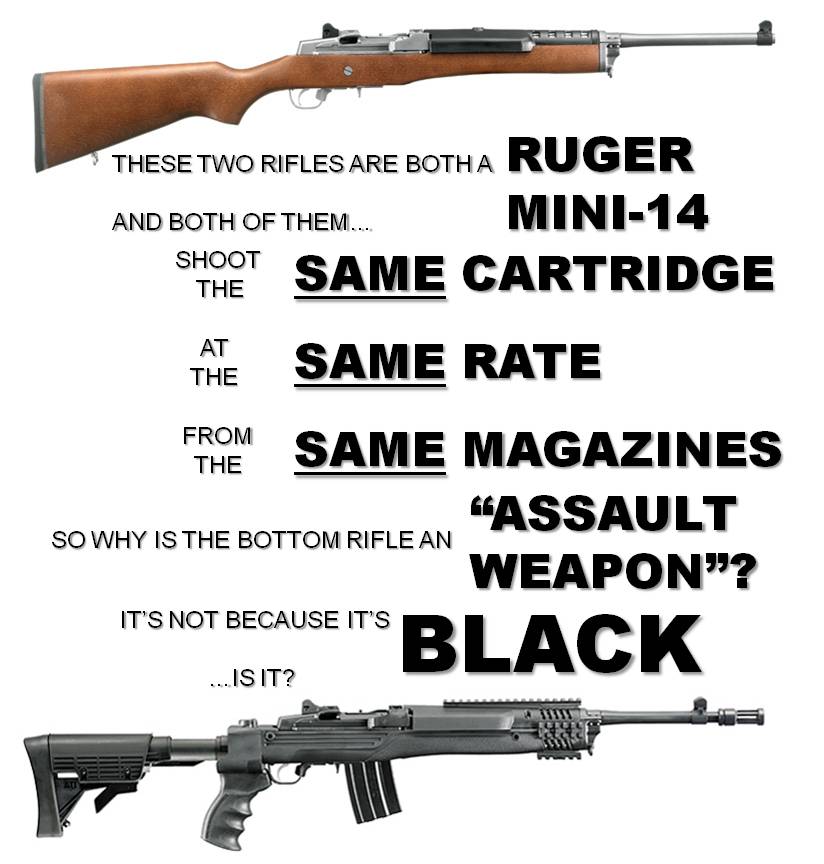 3 thoughts on “the ineffectiveness of “assault weapon bans”, part 1”