J.R.R. Tolkien wrote today’s quote in a work of fiction, pertaining to characters in a world that never existed outside the pages of his books.

Still, I believe they are a sentiment that echos with firearm owners today.  For a large number – possibly verging on “vast majority” – of us, it is not about the firearms.  Oh, sure, they are fun to learn about, and even more fun to use, but in the end, it all boils down to the defense of family, the defense of hearth, and the defense of home.

And, really, you have to wonder why people would want to limit your ability to defend your family, if not outright strip you of it. 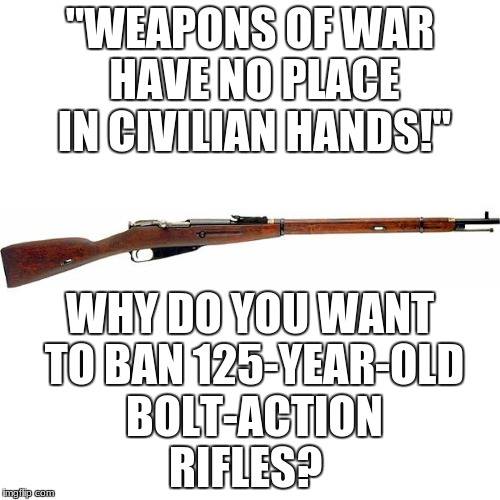 And, of course, there is always the interesting topic that unless they are reservists or otherwise bound by the Uniform Code of Military Justice, police officers / law enforcement officers / sheriffs / etc. are civilians themselves.  Yes, there are a few “gun control” extremists who want us to pull a once-Great-Britain and disarm our police*, but by and large they have no problems with actual “weapons of war” being on our streets… so long as they are being carried by The Right People.

And lest you believe that the law enforcement officers’ training is exceptional or unachievable by the average man… well, that is simply not true.

(* – Of course, the Brits are realizing the error of that particular decision.  Slowly, granted, but still.)

Now that “gun control” is back in the national attention, the usual suspects are demanding that we, once again, pass a federal “assault weapons ban”, with one of the reasons for doing so being, “‘military-style’ ‘weapons of war’ do not belong on our streets!”

Ignore, for a second, that law enforcement agencies – at all levels – already are using actual military hardware and actual weapons of war on our streets, up to and including armored fighting vehicles.

Ignore, for a second, that basically none of the firearms prohibited under the last, failed “Assault Weapons Ban” were used by regular militaries or in wars.

Instead, allow us to ask a relatively simple question: do “gun control” extremists even know what a “weapon of war” is?

We have touched on this concept briefly before, but I think it is time for a deeper dive.  Consider the following examples:

This is a “weapon of war”, and one of the highest sniper kill counts recorded was achieved with a rifle like this one, but it was not covered by the previous federal AWB or any state’s ban.  (Incidentally, it is also not legally considered a firearm, given this specific example was manufactured before 1899.)

This is not a “weapon of war”, but it would have been covered by the previous AWB.  (The stock did not exist at the time, and the fact that it is a .22LR rifle is immaterial to the federal ban; after all, “gun control” extremists hate rimfire rifles.)

This is a weapon of war – quite possibly both in the UK and Israel, based on its proof marks – but was not covered by the previous AWB.

This is not a weapon of war, and would have been covered by the federal AWB.  (Once again, this particular rifle did not exist at the time, but all of the recent calls for a new “assault weapon ban” take the old law and make it even more expansive, so I feel certain this particular firearm would be included.)

This is a weapon of war, and, in fact, one so terrifyingly effective that the Germans protested its use during World War 1.  However, it was not covered by the AWB. 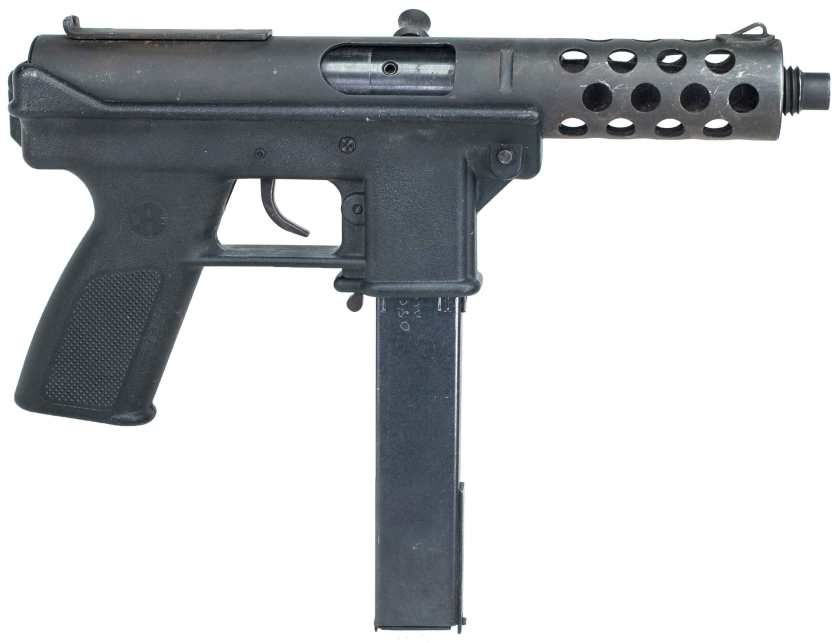 This is not a weapon of war, but it was included in the ’94 ban – in fact, it was one of the specifically-named firearms.

This is a weapon of war, and was once referred to as “the greatest battle implement ever developed“.  It was not subject to the “assault weapon ban”.

This is not a weapon of war, but would have been prohibited by the AWB.

This very much is a weapon of war, and might be one of the most pervasive examples of the concept.  However, it was not banned by the federal AWB.

This is not a weapon of war, but would still be banned under a repeat federal AWB.

Are you starting to see a pattern?

If “gun control” extremists actually want to ban “weapons of war”… why are they not calling for actual weapons of war to be banned with their zombie “assault weapon ban”?

And if all they want to do with this rotting, shambling piece of legislation is only ban “weapons of war” – as they’ve been trying to proclaim for nearly a month now – then why is all that other stuff included in the blast radius?

Perhaps they have no idea what they are talking about.

And perhaps they are being… less than honest.

In either case, why should we take them – or their desires – seriously?

Once again, I will have some pictures for you to consider, but first a little backstory.

One of the favorite arguments of those who support “assault weapon bans” is that a purpose/goal of the prohibitions is to keep “military” or “military-style” firearms out of the hands of private citizens.

Ignore, for a moment, that at the time of the Second Amendment’s ratification, every long arm, short arm, or other firearm-like device was both “military” and in the hands of private citizens.  Likewise, ignore that the Second Amendment was written to preserve exactly that kind of arrangement.

And, finally, ignore the entire concept of “military-style” – after all, how does the physical appearance of a device affect its actual performance?  After all, this looks a lot like this, but I guarantee you they are radically different (the first is an airsoft device, to begin with).

So, the remaining question is “Do ‘assault weapon bans’ actually keep military hardware out of the hands of American citizens?”

Well, here are your three firearms for consideration:

And your first question: which of these are “military firearms”?

If you answered anything but “B”, I hate to break it to you, but you are wrong.

A is not legally considered a firearm, considering that it is a first-generation Mosin-Nagant Model 1891, and was thus produced before 1899.  Even if the firearm-looking device is an exact duplicate of a firearm still currently being made and using still-available ammunition, if that specific firearm-looking device left an assembly line before 1899, the Bureau of Alcohol, Tobacco, and Firearms considers it to be an “antique”.

Granted, Mosins are not still being produced, but the Model 1891 featured above does chamber still-commercially-produced 7.62x54r ammunition.  However, thanks to its “antique” designation, it can be mail-ordered without involving a Federal Firearm Licensee – after all, it is not a firearm.

Firearm or not, it is almost a guarantee that the entirety of the first generation of Mosins saw service in the Soviet Union at some point, simply because between 1891 and now that country has been involved in almost non-stop conflicts, both external and internal.

B is a Finnish M91 produced between 1926 and 1927, and it almost unquestionably was a military firearm, courtesy of that country’s incessant border disputes with Russia, and that whole unpleasantness in the 1940s.

C is an AR-15 I purchased a few years back as a bare receiver and built up, and has never seen a day of military service in its short life.  Further, the AR-15 platform is used by basically no military, simply because those militaries can and do avail themselves of the significantly more capable M-16 and M4 platforms.

Now, the fun question: which of those firearms is subject to “assault weapon bans”?

If you have read the first two posts of this series, you probably already know the answer; the only firearm above subject to “assault weapon bans” is C.

The other two are actual military weapons that very likely were used by military personnel to kill other human beings, but it is the firearm that was never used by a military, from a model of firearm that was basically never used by the military, that people are so very concerned with.  If one wants to get truly specific, the combination of the National Firearms Act and the Hughes Amendment to the Firearm Owners Protection Act already make it functionally impossible for American citizens to procure most of even the types of firearms being used by militaries today, much less the actual, specific hardware.  But old military hardware?  90% of it, or more, is available for the purchasing, and some of it does not even require background checks, per the BATFE themselves.

So, no, “assault weapon bans” have absolutely nothing to do with the military heritage – or lack thereof, in almost all cases – of the firearms being banned.  Unfortunately, like so many of these talking points, that particular one is not likely to be dissuaded by facts.